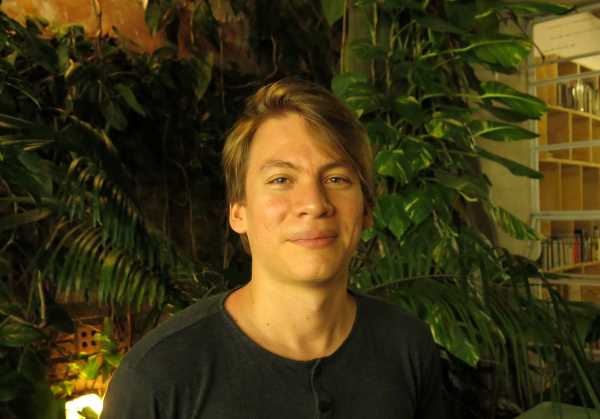 Iván Tovar (Cali, 1987) is a visual artist. In his work, he raises the issue of virtuality in connection with macro-politics. He has exhibited in Germany, Holland, Spain, England and Senegal. In Colombia, he has participated in several Regional Salons, in the 44th National Artists Salon 2016, among other group exhibitions in galleries and independent spaces.

He has been a resident in 2016 in the television program DeHoeksteen live, directed by the video artist Raúl Marroquín in Amsterdam and the independent space Raw Material Company in Dakar-Senegal in 2019.

He was a co-founder of the Babel Media Art in 2017, an artist collective platform that manages a video art program at Torre Colpatria in Bogotá. He was also part of the independent space lugar a dudas from 2011, in which he managed the international residency program.