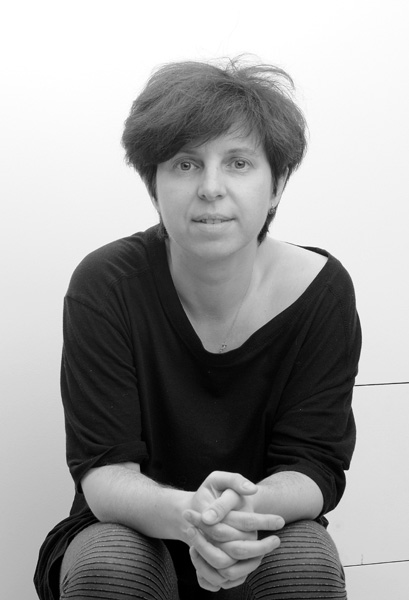 Moira Zoitl - born in 1968 in Salzburg/Austria - lives and works in Berlin since 2001. Moira Zoitl is one of the project leaders of "onAIRISM - challenges and transitions" and member of the board of IGBK since 2020. Moira Zoitl had been a member of the IGBK board already some years before and was in that time a.o. co-project lead for the projects "In Exchange" (2015), "Dreams of Art Spaces Collected" (between 2008-2015) and in 2020 "Art Space Connect", a cooperation project of Centrala Berlin, GeoAIR Tbilisi and IGBK.

Moira's video works and installations, films and participatory projects deal with topics like migration, urban development, gender, (auto)biography and identity issues. In 2020 Zoitl received a working scholarship from the Stiftung Kunstfond Bonn and 2004 the Austrian State Scholarship for Fine Arts. 2001 she had her first comprehensive solo exhibition at the Kunstverein Wolfsburg. Her last exhibition "Moira Zoitl - According to blueprint" has been shown in Schwartzsche Villa, Berlin (D) and in the Stadtgalerie Salzburg (A) in 2018/2019. Zoitl was a.o. also involved in the Steirischer Herbst, Graz (2000, 2016), at the 3rd Guangzhou Triennale in China (2008), at the Festival Rencontres Internationales in Paris (2011) and at the Videonale.16 at the Kunstmuseum Bonn (2017).