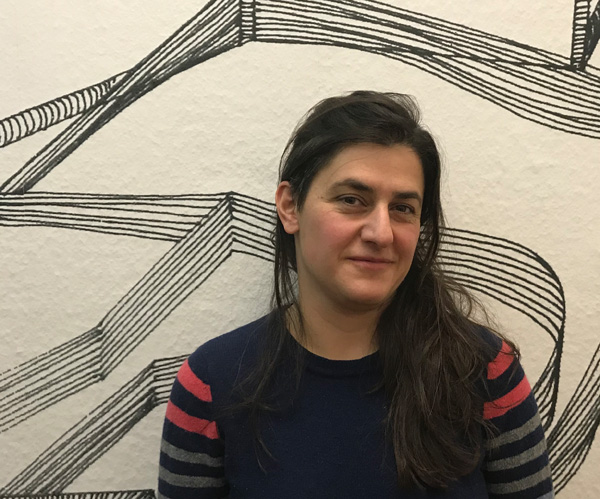 Sophia Tabatadze was born in 1979 in Tbilisi, Georgia. During 1997-2002 she studied and completed Gerrit Rietveld Academie in Amsterdam (BA), the Netherlands. In 2017-18 she completed a year course for the curatorial training at CuratorLab, Konstfack, Stockholm, Sweden. Since 2008 she lives and works in Berlin.

Sophia has shown her work internationally. She represented Georgia at the Venice Biennale in 2007 and the same year participated in Istanbul Biennale as well. She participated in Museum shows at Fine Arts Museum, Nantes, France; Boijmans van Beuningen Museum, Rotterdam, the Netherlands, and Tbilisi History Museum, Georgia.

Her practice is more of an autonomous artist in Europe and a curator in Georgia, where she organizes projects through the organization GeoAIR that she founded in 2003. In 2020 she was one of the co-project leaders of "Art Space Connect", a collaboration project between GeoAIR Tbilisi, Centrala Berlin and IGBK.